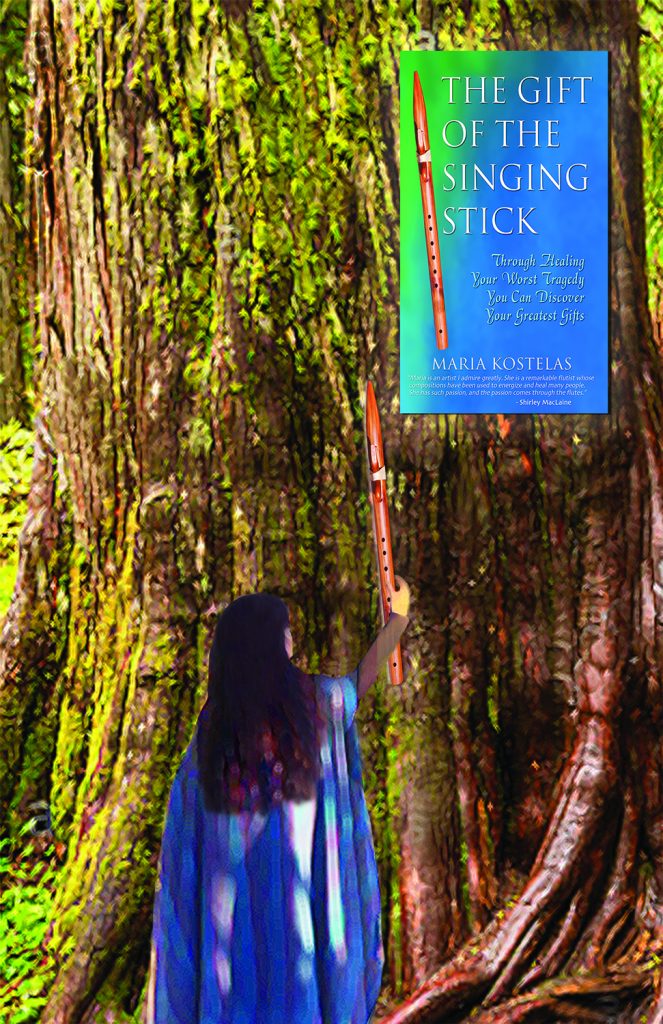 As Maria continues her travels with her magical flute, she transforms notes into intimate and global portraits of sound.

Maria Kostelas founded Flutes of the World Music to express her love of world cultures through the voices of her 100-piece international collection. She has released six solo compact discs of original music. Additionally, Maria has composed several commissioned works, including a CD for the World Presidents Organization Mind/Body Health Conference and recorded a meditation CD with Shirley MacLaine

Born into a musical family, Maria became enchanted with the sound of the flute at age 9. Her first instrument was a silver flute she mastered while preparing for a career in classical music. During college, under the tutelage of master teachers Jean Pierre Rampal and James Galway, Maria began to form her own identity as an artist.

“Growing up in a multi-cultural family inspired me to begin composing and writing music to express the beauty of the world’s indigenous cultures. This fed my creative soul, and in my search to express myself I discovered the joy of sharing the healing spirit of world music,” says Maria.

Developing her signature style – a blend of classical and world influences, Maria’s music was soon heralded by renowned authors and celebrities, including Shirley MacLaine and Judith Orloff, MD for its ability to help heal body, mind and spirit.

Maria also found a gift for composing personal healing songs when she ministered to a cousin who was severely injured in a car accident. This along with her shamanic training shifted her composing and performing style enabling her to provide a deeper experience for her listeners and clients.

Joan Borysenko, Ph.D., renowned author and co-founder of the Harvard University Mind/Body Clinic says, “Maria Kostelas has an astonishing gift.  She can catch the mood of an audience in her music, carrying them to their hearts on a stream of sound. “Maria’s music is evocative and thrilling. I could have listened all day as the voice of her flute called me home to spirit. It was a privilege working with her.”

In addition to sharing her musical performances around the globe in concerts, at conferences, universities, spas, hospitals, museums, and retreat centers, Maria presents lectures and workshops that train others to play native flutes. As guest artist for the Los Angeles Philharmonic Education Association, she teaches native flute workshops to adults and children. She was also one of 24 artists awarded an educational grant from the State of California to teach children about native music and culture. She has been designated as an Artist in Residence three years running from the California Arts Council. Maria conducts therapeutic music sessions for individuals and corporate clients as well.